Water Rats part 2.6: The Boy on the Green Kayak

Adam pulled up ashore on the island. It was a fair size of an island, and evidently populated. Beside the various watercraft pulled up here, on the East end of the island, there was an encampment of tents set up. Some looked brand new, others looked tatty and homemade, and there was a large Army tent set up in the middle. From it the flag he'd seen earlier flew. The camp seemed deserted, but well kept.

'Anybody home?' Dena called out. It seemed nobody was, for there was no reply. 'Today's Thursday, isn't it?' She thought for a moment. 'Something was happening on Thursday, I think.'

Adam looked around a little more. There was a walled garden at the centre of the island, and fences split it into a couple fields. One had some dairy cows in it, there was a sturdy pen for pigs, and there was a potato plot beside the walled garden, which had a house built onto the South wall. A shed stood a little distance from it, near the water on the Northern side, with a second one to it's West. A small building with a cross on its gable was on the near side of the house, one of the many tiny chapels built when it was found that priests on bicycles were rarely bothered by bandits, unlike people who looked like they were going to church.

'I know what it was, they were helping to bale some straw. The guy who owns this island has some land on the shore side as well. The straw still needed baled, so they were going to do it today.'

'Yes, but just let me see if Mrs Tuthill is home. You know, everything on this island has been done in the last 4 years, since the Tuthills moved in. All the gardens are by her.' Adam spotted the corner of another garden, set up on the far side of the walled one.

They went up to the house, which was a two story stone building, which had a greenhouse built onto the side of it. Adam didn't know much about plants or gardening, but actually did appreciate vegetables to eat, as, like lots of other people, he'd lacked proper nutrition for months at a time. Weak turnip soup and a little porridge wasn't enough to grow up on.

They came to a side door, which was propped open. There was an intense smell of fruit from in there, a slightly shadowy kitchen.

'Hello Mrs!' Dena shouted on in. 'Is everyone at the straw?'

Adam squinted, and saw a lady in a much-stained white apron standing at a stove.

'Yes, everyone but Alice, who's helping me with this jam.'

A very short and thin girl stepped out of the shadows, with dark hair, also wearing a white apron. This one wasn't as stained.

'I've picked up another stray. This is Adam, from Clonkeen. He's only been on the water a couple days so far. Anything need taken out to the field when we're going?'

'No, I think they have everything, just get on over and help out. Hello Adam! Hope you enjoy camping here. Now go on.

They went on from the house, down to the West tip of the island, where Lax Weir and it's castle was. It was an old salmon weir, which had been repaired, but wasn't in current use. Maybe if salmon numbers went up a bit more in the next year or two. Part of the repairs had included a sturdy walkway to link the island to the Northern bank of the Shannon, about 6 foot wide,with a railing on the downstream side.

The part of the Northern bank that it joined to was a narrow strip of land that was bordered on the other side by the outflow of Ardnacrushna hydroelectric powerstation. An empty shell of a concrete building stood just to the East the lane to the walkway, and on the other side was a tall, wooded bank. The corner of a house protruded from the trees at the very tip of the strip.

When Adam stepped onto the walkway, he saw that the walkway was mostly made of rough wood, crude boards made by splitting suitable timber in half, and laying it over a frame of big thick boards, with sturdy vertical posts into the water. The central span was 2 feet higher than the rest of the bridge, presumably so that kayaks could get under it.

They walked on up to the Parteen Bridge, across, and up to a field of recently harvested oats. It seemed that the thresher was only just left the day before. A big pile of straw occupied a area near the gate of the field, and around it stood a number of manually operated balers. The place was covered with children, mostly in their early teens by the looks of things with a few younger ones and a few older ones. He guessed they were all Water Rats. Everyone was working hard, but happily. The bales were being loaded onto a small flat floored cart, made for a single horse to draw, which was unhitched from it at the moment and standing, tied to a fence post. A big man with a cowboy hat was beside the dray, passing bales up to the boys on top of the cart.

There wasn't a word spoken, really, just a nod from the big man (Mr Tuthill) to Dena, and they got stuck into the baling, using these wooden balers to compress the straw, then sticking a long needle through to get the twine around it. The twine had evidently been used a time or two before, as there were many knots in it already, and it was faded and frayed.

They worked on till lunchtime, where everyone recieved a good lump of bread, a boiled egg, and an apple, with cups of water poured from a big plastic carboy. Dena introduced Adam to the Water Rats, who were mostly male, and generally were a couple of years older than Adam. He got a fairly gruff reception, but they were mostly friendly enough, and some of the younger ones talked away to him for the duration of their break. They hadn't been on the water over a winter yet, but had enjoyed the Summer, and were optimistic for the future.

Then they worked on into the afternoon, with only a few short breaks for water. Days from Limerick City came and went, drawing straw for the stables in town. They were much larger, with 2 big horses in front. Mr Tuthill sent one of the older boys back to the island with his cart when it was loaded, with a scattering of children on top of it to help unload. It came back a while later, how long Adam couldn't tell, as time seemed to have little meaning in the constant rhythm of work in the field.

Eventually it came time to call it a day, and everyone followed the dray back to the island. The lane down to the walkway across the weir was narrow and twisty, but it was downhill, and the dray managed it, laden with bales and children as it was. The walkway was surprisingly adequate for carrying it across, presumably because it was built for it.

Some helped unload it, others did some work around the farm, unhitching the horse and putting her in her paddock. Adam learnt that her name was Ruby, and that she'd been on the island when the Tuthills arrived. A few more Water Rats arrived, coming from working various odd jobs around the area, mainly on the Parteen side. A campfire was built up at the Water Rat camp, and things started to calm a little, other than a flurry of activity related to dinner.

A couple of kids that Adam already had pinned as 'temporary hangers-on' brought up a mighty pot of stew, a thick and tasty mess of the cheaper bits of a cow, potato, turnip and onion. There was some grit in it, but it was tasty and nutritious. Everyone had their own bowl and spoon, produced from who knows where the second the stew appeared.

Adam also noticed that a clump of older Water Rats had formed including a lot of ones he hadn't seen earlier. He didn't know what to make of them, so he didn't much think about them, and enjoyed the biggest gathering of people his age he'd been to since the crash. Eventually everyone finished their stew, and scattered around the camp again. Adam took the chance to plant his tent beside one belonging to a guy named Eamon, who he'd been talking to.

Then the night changed in tone to a sort of party, where 2 carboys of ginger beer appeared, along with lots of bags of slightly squished treats. At about that point Adam remembered the Water Rat's reputation for thieving. He didn't have the chance to dwell on it, as a hand just then clapped him on the shoulder, and someone leaned in close to him and said, 'So you want to be a Water Rat?' 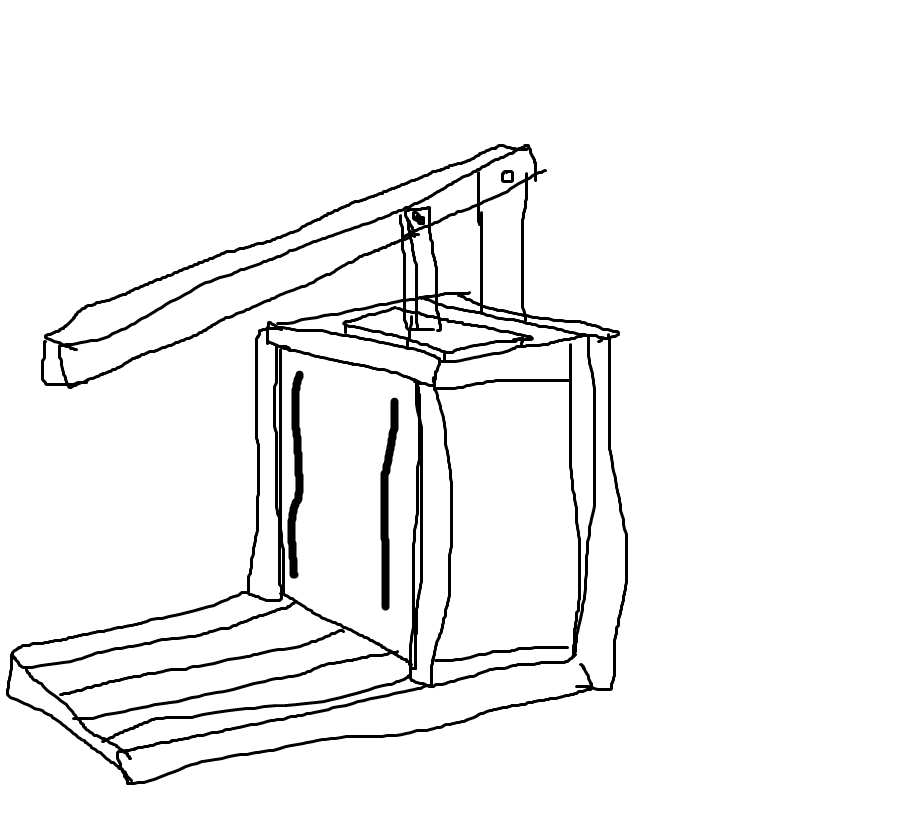